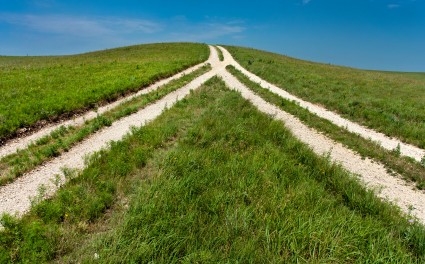 Peruse the trade literature of the meat industry and you’ll find that of all the forces currently arrayed against the livestock industry none evokes as much vitriol as the Humane Society of the United States (HSUS). Flipping through Pork magazine, Feedstuffs, or Meatingplace, it becomes clear that, as one Cassandra of carnivorism put it, “no activist group is more loathed by the agricultural community than the Humane Society of the United States.” Pork has described HSUS as “a well-oiled, well-funded lobbying presence with a finely tuned message machine” and has quoted a consultant as saying, “HSUS is sophisticated and relentless in their dedication to defeat animal agriculture practices.”

Such assessments are music to the ears of Paul Shapiro, vice president of farm animal protection at HSUS. Shapiro spends his days lobbying for costly reforms that would eliminate inhumane methods of animal confinement. As Shapiro sees it, industry blowback is to be expected and, in a way, even welcomed as an affirmation of his advocacy. It’s always nice to know when your arrow hits the intended target.

Less expected is the barrage of criticism that comes from the “abolitionist” wing of the animal rights movement, which views HSUS welfare reforms as craven capitulation to industrial agriculture. The rift dividing HSUS from this vocal wing of the animal rights movement might seem insignificant, but it’s not. In fact, it requires that animal advocates confront a challenging question: Does HSUS, in its ceaseless quest to improve living conditions for animals within factory farms, justify and perpetuate the ongoing existence of those farms? In other words, does it perpetuate the harms that it also reforms?

There is little doubt that HSUS is doing something right. A complete citation of their recent accomplishments would be too long to list here, but consider that HSUS has worked to eliminate cages that confine pregnant pigs so tightly they cannot turn around. In banning this torture device from their supply chains, these companies joined industry kingpins McDonald’s and Smithfield Foods in yielding to Shapiro’s ceaseless nagging on behalf of a barnyard proletariat numbering in the billions. This is just one example of the kind of improvements HSUS routinely initiates and sees through to completion.

Nevertheless, as the abolitionists correctly point out, there’s nothing especially revolutionary about HSUS’s approach to improving the lives of farm animals. HSUS works closely with Big Agriculture, never explicitly calls for animal liberation, and does not aggressively endorse the most effective solution to the suffering of farm animals: veganism. This reticence infuriates abolitionists, who seek the eradication of not only animal agriculture but also all animal ownership and exploitation through ethical veganism.

No writer makes the abolitionist case more doggedly than Rutgers philosopher Gary Francione. In his books Animals as Persons and Rain Without Thunder, Francione, who is also a lawyer, argues that the only ethically consistent stance for humans vis-a-vis animals is the complete elimination of all animal ownership. This position leads him to bash HSUS at every turn. When HSUS agreed to work with United Egg Producers to legislate larger cages for chickens, Francione responded:

Francione has a point, but his extreme take on the issue is unlikely to resonate widely in a population that’s only 1.4 percent vegan (and a population in which there are more ex-vegans than vegans). According to social psychologist and longtime vegan Melanie Joy, the abolitionist approach could attract a lot more supporters if it acknowledged, as HSUS does, that most people are going to embrace veganism on their own—you can’t strong-arm them into it.

Joy, author of Why We Eat Pigs, Love Dogs, and Wear Cows, believes that social change—in this case, honoring the intrinsic worth of animals by not eating them—is a complex process requiring both an awakening to the hidden reality of exploitation and the individual will to act upon that awareness. Asking people to stop eating animals, as Joy sees it, is more than asking for a change in behavior; it’s asking for a profound shift in consciousness that people make only when they’re personally ready to do so.

Nick Cooney, the author of Change of Heart: What Psychology Can Teach Us About Social Change, agrees. Noting that 80 percent of vegans became vegan gradually, he believes that seemingly minor improvements—say, larger cages—ultimately create pivotal “shifts in self-identity” for both producers and consumers. Individuals who start seeking products from more “humane” producers or participating in “meatless Mondays” are consumers who are on the path toward veganism.

Similarly, institutions that embrace (however reluctantly at first) improvements for animals are institutions that, in eventually owning that improvement, come to identify with and become open to even more productive changes for animals. This process, according to Cooney’s research, is exactly how reform plays out on the ground, here in the land known as reality.

Abolitionists don’t buy a word of this. Their reality is different.  For them, tolerance for incremental change from the status quo empowers the meat industry, and any empowerment of industry is, ipso facto, counterproductive to the spirit of animal advocacy. Consider what Ellie Maldonado, an animal rights activist and former employee of animal advocacy group Friends of Animals, has to say about approaches that tolerate even a modicum of animal exploitation:

Advocacy that supports “improvements” in animal exploitation is neither “gradualist” nor a “vegan” approach—it is a dead end that will never lead to the end of animal exploitation. … At best and in the unlikely case they are adhered to, so-called “gradualist improvements” only address a fraction of the animals’ experience but do nothing to abate the heinous cruelty they are still subjected to.

Hence the strife rages on: An organization such as HSUS lobbies, the meat industry kvetches, and the abolitionists howl at them all for unconscionable ethical waffling.

Meanwhile, billions of animals continue to suffer the indignities of industrial animal agriculture. As has so often been the case with reform movements in the United States, infighting between those who seek evolution and those who seek revolution fosters more stagnation than progress.

The motivation for animal advocates to compromise should be strong. And compromise is quite possible: There’s no doubt that HSUS reforms have improved the lives of farm animals, but there’s also no reason why the organization couldn’t bolster its small victories with more aggressive campaigns involving the v-word, or at least some overt message that it wants to end animal agriculture as we know it. Similarly, the abolitionists certainly make a compelling case for ending all animal exploitation, but there’s also no reason why they couldn’t tolerate a more personalized approach to change, one premised on the idea that we all live in a world of inherited values and we all come to Jesus in our own unique little ways. “It is better,” Joy often says, “to be effective than to be right.”

In any case, if the movement figures out how to meld these competing approaches to animal advocacy, the meat industry would really have something to complain about. For now, though, as I read the trade literature, it’s hard not to see the industrial producers of animal products as little more than petulant whiners who have no inkling of the real pressure they would face if animal advocates in the United States managed to pull themselves together and grow up.