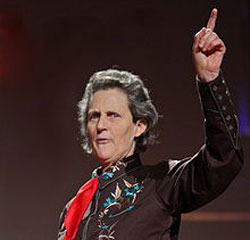 39 Comments on Why the Meat Industry Loves Temple Grandin